Any big fan of wilderness sports might have questioned, “what is snipe hunting?” at least once. Because they believe that if it’s a real game, it must be interesting!

When it comes to snipe hunting, a snipe usually pops up in our mind as a mythical bird. And the mythical task is that adults send children on a wild search to chase the bird.

Depending on how difficult the task is, descriptions of the bird may vary. Likewise, the techniques to trap the make-believe snipe can also vary. Nevertheless, what most of us don’t see is that snipe hunting is actually a real game! 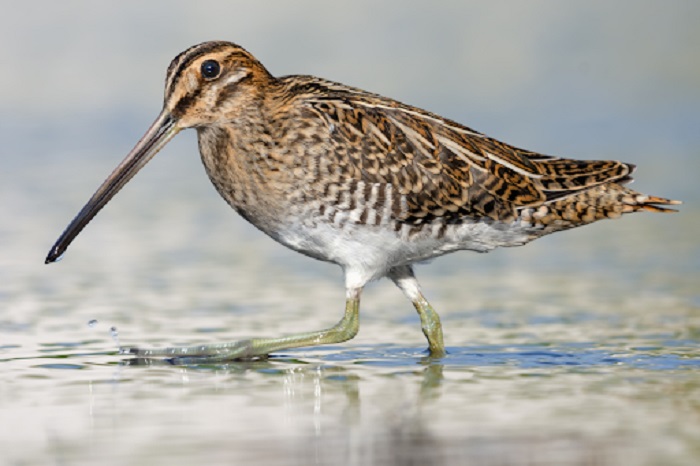 What Is A Snipe?

Snipe is a small brown bird with a thin cream-colored stripe running down the center of its head. People often see it seeking food and flying alone rather than with a flock (except in immigration season).

You can allow them to easily forage insects, earthworms, or worms in muddy areas. Snipe is a migratory bird, primarily found appearing in southern North America. Unlike the woodcock, the snipe’s habitats are  mainly marshes, wet meadows, and bog. It enjoys open marshland and prairies to rivers and streams.

A snipe is indeed a genre of game bird that is difficult to catch.

What Is Snipe Hunting?

‘Snipe hunting’ refers to a prank or fool’s errand. It’s about a prior worker making fun of his subordinates by giving them imaginary assignments.

This practical joke originates from an old prank in which experienced campers told the newcomers about an animal called snipe and the notoriously preposterous method of hunting it.

However, many people don’t realize that this ancient myth isn’t true. Snipe hunting is a legally existing hunting season in Ohio, and those bird-catch methods are actually usable! 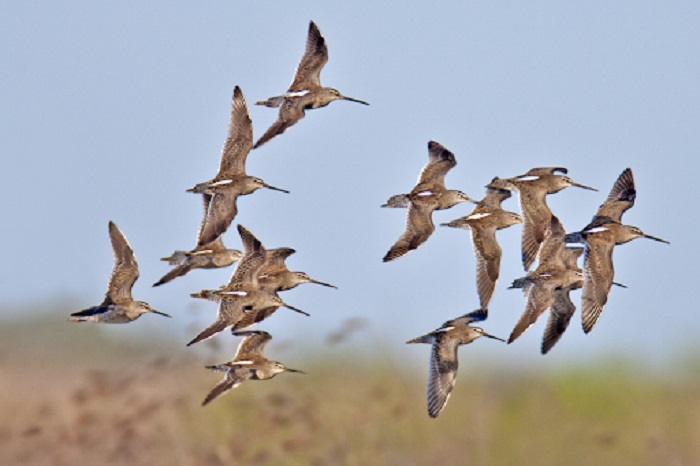 Where Did It Originate?

People in Europe and the US practiced this bird-catching skill in the early 1800s. Hunters here considered it ‘a gentleman’s sport’ because the cost of bullets to shoot it far exceeded the amount of meat they could collect!

Back in the 1950s, people caught snipes by the night lighting method.

First, you would light a large fire from a truck. Then the catcher waiting nearby would use a net to capture the disoriented snipes.

The technique eventually led to another similar method that biologists later used to catch American woodcock in cold lands.

When To Hunt Snipe?

Generally, snipe hunting season is in the spring. When the warm weather spreads, you can find the bird in abundance.

In addition to the warm weather preference, a snipe needs a lot of wetland habitat and moist soil. Therefore, hunters in Florida tend to get the chance to harvest more snipes than other states, of course at a better margin.

Where Can You Hunt Snipe?

As snipes prefer wet areas, the ideal locations are managed waterfowl impoundments. People usually drain impoundments at the end of January. That’s the reason February is the best month to go snipe hunting.

Altamaha Wildlife Management Area in southeast Georgia provides hunters with amazing snipe habitat. There, they have up to 3,154 acres of drained waterfowl impoundments! 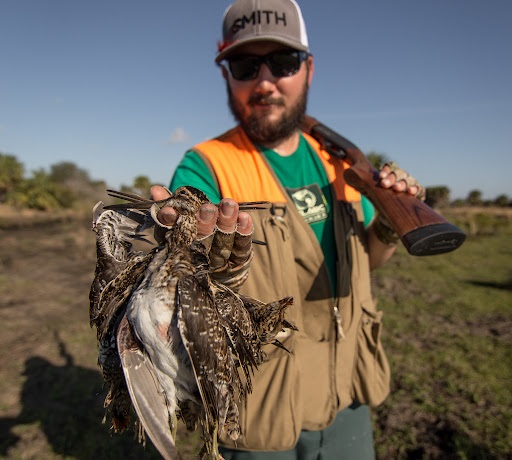 Hunting enthusiasts have every incentive to hunt snipes. Areas with numerous snipe inhabitants allow a lot of thrilling hunts. We only need a few hunting gears, and snipes indeed taste scrumptious.

Plus, when hunting snipes, you have to walk miles in a day. This activity, therefore, is a good way to improve endurance and strength.

Apart from that, snipe shooting helps you train your sniping ability, patience, and quick flexion. Your hunting experience, therefore, would see a significant improvement.

The hunt can be challenging because snipes are small birds and speedy, erratic fliers. Those who successfully shoot a snipe are considered skillful marksmen.

Good hunters always desire recognition. They can be proud of their excellent and precise techniques. For this reason, such a demanding game like snipe hunting is a means of proving their ability.

If you’re lucky enough to bag one, you get delicious meat to enjoy as an added reward besides friends’ admiration.

Pro hunters give snipes the place of honor at the top of their bag parade!

Since snipers are migratory birds, a federal level has the priority to regulate them instead of the state of Georgia.

In particular, the maximum quantity to hunt is eight birds. The legal hunting time begins 30 minutes before sunrise and ends at sunset.

The shotgun you can use must not be larger than ten gauges and not capable of including more than three shells.

When shooting birds, you must avoid their heads or leave them fully-feathered wings for identification purposes.

What is snipe hunting? The article has provided you with useful knowledge. We have enjoyed camping, hunting, and the outdoors for such a long time. And we can say that pursuing snipes is a challenging yet rewarding game. The feeling when you can hunt them makes you want a second chance.

So the next time you’re in the mood of exploring a bird hunting land, go for snipe hunting!